From The Beggar’s Opera to Bernstein and beyond…! 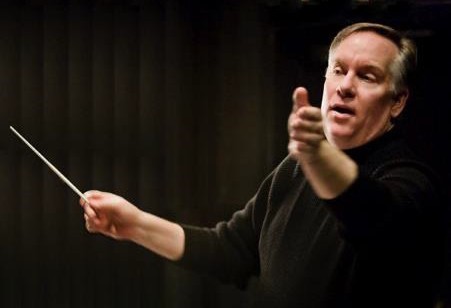 N. Thomas Pedersen, Conductor. Mr. Pedersen has pursued a finely integrated career as a singer, conductor, producer and teacher and has been seen in Mame, Sound of Music, My Fair Lady, Hello Dolly, Oklahoma, Carousel, The Pirates of Penzance, and She Loves Me with numerous stock, regional, and national companies. In 1982, he made his operatic debut with the Michigan Opera Theater, and in a ten-year span sang with the Detroit Symphony, Toledo Symphony, Toledo Opera, The June Opera Festival and The Santa Fe Chamber Music Festival. He has been a soloist with conductors Maurice Abravanel, Leonard Bernstein, Antal Dorati and Robert Shaw. He has been a winner of the Musica Sacra Bach Competition the Licia Albanese Puccini Foundation and the Loren Zachery Vocal Competition. He did his graduate studies at The University of Michigan with Eva Likova and additional study with Martial Singher at The Music Academy of the West.

As Artistic Director of Theatre Ten Ten, New York’s oldest off-Broadway theatre, he produced and music directed over 20 shows, and has been Music Director at the Long Beach Civic Light Opera, The Library Theater in Warren, Pennsylvania, and the University of Michigan Opera Theater. He has been praised by Bruce Feld of the Los Angeles Times for his “zesty and innovative conducting” for Man of La Mancha and the Washington Post for his “expert and stylishly conducted” performances of The Music Man. Most recently, Mr. Pedersen was conductor for The Shakespeare Theatre Fall Gala with Broadway Star Rebecca Luker.

He is currently Head of the Music Theatre Division at The Catholic University of America, and the Director of Music at St. Paul’s United Methodist Church in Kensington, Maryland.