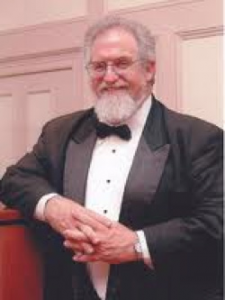 Professor Francis Conlon has appeared at most of the colleges and concert halls in the greater Washington, DC area and has performed in many different cities throughout the United States, Canada, Mexico, Europe, India, and Japan.  He has played concerts with orchestras here and abroad and earned several awards.   He has served as official accompanist for the National Symphony Young Soloist Competition, the National Opera Institute Auditions, and the National Federation of Music Clubs Contest.  In addition to his many teaching responsibilities at The George Washington University, Professor Conlon accompanies students in departmental recitals and serves as music director for the departmental opera productions.  He also teaches at the Levine School of Music and is director of music at the Church of the Annunciation in Washington, DC and at Temple Rodef Shalom in Falls Church, Virginia.  Previously, Professor Conlon taught at The Catholic University of America’s School of Music and the Ellington School of the Arts.  He also has served as artist-in-residence for the Washington, DC Public School System.