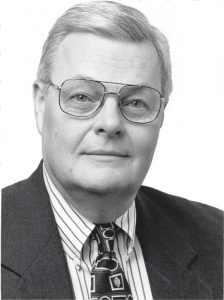 Vincent P. Walter, Jr. loved opera and opera singers.  He introduced me to this art form when, as a pianist, I was more attuned to instrumental music initially.  This occurred when we met as graduate students at The Catholic University of America’s (CUA’s) Music School where Vincent had already served as stage manager or production manager for many opera performances both on and off campus.  As a college student, he frequently drove to New York City to stand for the Metropolitan Opera’s Saturday matinee performances.

By the mid-1970s, we had been married for 20 years and were both well into our professional positions when we began to discuss the formation of an opera company as our volunteer work.  There were so many wonderful singers in the Washington, DC area who had no opportunity to perform here.  At that time, there was only the Washington Opera Company, which hired mainly established “stars.”  Thus, the Summer Opera Theatre Company was formed in 1978, legally in residence at CUA where we both worked, but totally independent.  It quickly became recognized nationally by critics, artists managers, and directors of the “big” opera companies as one of the pre-eminent organizations producing fully staged operas during the summer season.  Vincent was one of the 14 founding members, and he remained a most active board member until his untimely death from a bizarre traffic accident in August 2000.  As a board member, he both raised money and rounded up friends for the company.  Moreover, through his high administrative positions at CUA (from chief of the president’s staff to vice president), he assisted with every aspect of the company during production weeks.  He attended almost every evening rehearsal and every performance from 1979 to 2000! Vincent was in awe of the process and the product.  He loved introducing our many “discoveries”–who immediately landed principal roles at the Met. or the Lyric Opera of Chicago after their first professional roles with us–to our donors and patrons.

He was a friend to many singers and they to him.  They came from across the country to sing at his funeral mass in the Great Upper Church of the Basilica of the National Shrine of the Immaculate Conception, where 4,000 people gathered to pay their respects to him.  Vincent was a remarkable, lovable, dedicated, humorous, and hard-working person.  He would be so pleased to have this PARTNERS for the Arts vocal competition prize given in his name to encourage the next generation of singers to pursue his beloved art form.