“This period of Russian/Soviet history is absolutely fascinating. Clearly, in just two hundred years, Russia went from that backwards country to leading the world into the Modern Era. And some historians have said, had the Revolution failed in 1917, our classical singers & later those going for musical theatre would have gone to Moscow & St. Petersburg to make their hoped-for careers rather than to New York City. Russia had become that important and progressive in the arts. “

On Saturday, November 11, 2017 PARTNERS presented, at the Washington Circle Hotel, the its first Informance which concluded with a Q/A session.  Our most sincere thank you to Dr. Walter for sharing with us her expertise.

We are grateful to Joe Giannino, area General Manager of Modus Hotels and his staff at the Washington Circle Hotel.  We could not have had a better host. 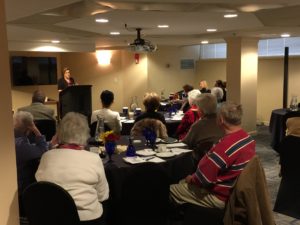 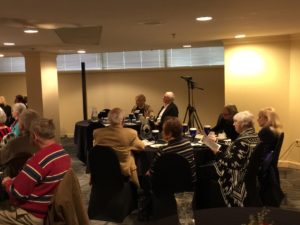 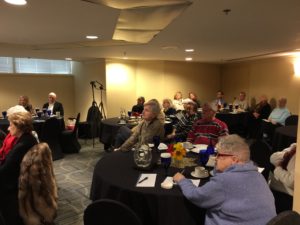 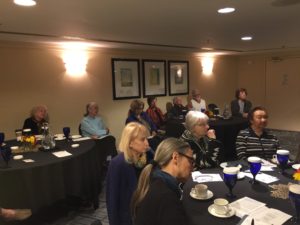 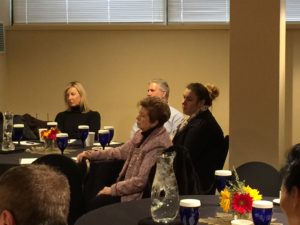 Elaine R. Walter, Ph.D., is Professor Emerita of Musicology & former Dean, the Benjamin T. Rome School of Music, The Catholic University of America; Founder/General Manager/Artistic Director of The Summer Opera Theatre Company (1978-2009); consultant to many singers, and consultant/board member to arts and academic organizations across the country; and frequent lecturer on varied topics. But her passion in research, teaching, and lecturing has been and continues to be in the cultural history of Russia and the Soviet Union. As she explains, having lived during the Cold War era and Russia as the ‘enemy,’ she began to question how the arts survived under such circumstances. An early 1970’s book, “Art Under a Dictatorship” began her quest for information on the arts in the Soviet Union. This led to years of research, multiple interviews with Russian artists including a sabbatical semester spent with Russian émigré musicians in NYC, Baryshnikov and Rostropovich, visits to Moscow & Leningrad and their world-class conservatories, and teaching Russian/Soviet Cultural History courses for the Music School and for the university-wide Honors Program at Catholic University.

Her topic for the PARTNERS’ lecture on November 11, 2017, treats the meteoric rise of a backwards medieval Russia into the Western world in the early 18th c, to its Nationalism and return to the “soul” of Russia in the 19th c, to its world leadership in the Arts in the early 20th c as created by three leaders: Peter the Great, Alexander Pushkin, and Sergei Diaghilev.