“As Macbeth, Argentinean baritone GUSTAVO AHUALLI proved he has an ideal voice for Verdi, beautiful, full, rich, and powerful. His singing was effortless, with excellent control, and ripe with machismo” (D. L. Groover to Houston Press). Hailed for his rich and powerful baritone, Mr. Ahualli has become well-known for his dramatic portrayals in myriad leading roles in both the standard operatic repertoire as well as new works by contemporary composers.

In recent years, he sang Silvio in Pagliacci for Teatro Colón in Buenos Aires with Jose Cura; a recital with soprano Aprile Millo in Toronto, Canada; Vidal Hernando in the zarzuela, Luisa Fernanda, by Moreno Torroba; and Figaro in The Barber of Seville at the Teatro San Martin de Tucuman, Argentina.

An avid recitalist, Mr. Ahualli champions the Argentinean, Latin American, French, and Italian art song repertoire and has performed in recitals and concerts across the United States and in South America. Another of Mr. Ahualli’s concert credits includes his appearance as the bass soloist in Beethoven’s Ninth Symphony as part of a service offered by Pope Benedict XVI on his 2008 visit to Yankee Stadium.

Now a resident of the United States, Mr. Ahualli was born in San Miguel de Tucuman, Argentina. He began his musical training at the age of seven with Hilda Deniflee, a student of Kodály and Bartók. In 1998, he obtained his master’s degree in singing from the Instituto Superior de Arte del Teatro Colón. In 2006, he was named first-prize winner of the New Jersey Association of Verismo Opera Competition. For several years, he has been a bilingual cantor for Saint Patrick’s Cathedral in New York City and the Sacred Heart Cathedral Basilica in Newark, New Jersey. He holds a teaching position in the voice department of the Benjamin T. Rome School of Music at The Catholic University of America in Washington, DC. 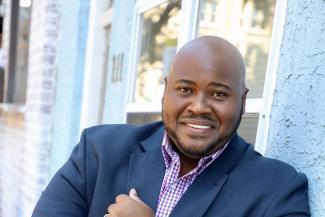 The profile of American tenor ISSACHAH SAVAGE was raised dramatically when he swept the boards at Seattle’s International Wagner Competition in 2014, taking First Prize, Audience Prize, and the Orchestra Favourite award. Formerly a member of San Francisco Opera’s prestigious Merola Program, Mr. Savage performed a varied repertoire that included scenes from Samson and Delilah, Lohengrin, Die Walküre, and Parsifal. His performance of the last act of Verdi’s Otello inspired the San Francisco Chronicle to write: “From his opening notes–impeccably shaded and coiled with repressed fury–to the opera’s final explosion of grief and shame, Savage sang with a combination of power and finesse that is rare to observe.”

Operatic milestones of Mr. Savage’s recent seasons include his debut as Bacchus in Strauss’s Ariadne auf Naxos at Seattle Opera under Lawrence Renes, his Metropolitan Opera debut as Don Riccardo in Verdi’s Ernani conducted by James Levine, his Los Angeles Opera debut as Narraboth in Salome conducted by James Conlon, and his first Siegmund in Die Walküre at the Canadian Opera Company under music director Johannes Debus. At Austin Lyric Opera, Mr. Savage has appeared in two of Verdi’s most demanding roles, as Otello and as Radames in Aida, the latter role also marking his debut at Houston Grand Opera under the baton of Antonino Fogliani. In the 2018-19 season, Mr. Savage made three major European debuts to great acclaim: as Bacchus in Ariadne auf Naxos at Théâtre du Capitole Toulouse under Evan Rogister, as Siegmund in Die Walküre with Opéra National de Bordeaux conducted by Paul Daniel, and as Gran Sacerdote di Nettuno in Mozart’s Idomeneo in Peter Sellars’ acclaimed new staging for the 2019 Salzburg Festival, conducted by Teodor Currentzis. 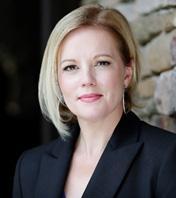 LEE ANNE MYSLEWSKI has been an integral member of Wolf Trap’s Opera and Classical Programming team since 2006, hearing over 7,500 auditions and helping to cast the last 13 seasons of Wolf Trap Opera. She conceived of the UNTRAPPED series of programming in 2016, which has featured artistic partnerships with the Shakespeare Theatre, Taffety Punk, Children’s National Medical Center, Halcyon, AMP at Strathmore, as well as ongoing partnerships with The Phillips Collection, the Library of Congress, and the National Orchestral Institute + Festival.

Ms. Myslewski also created the artistic advisor position for chamber music at The Barns, collaborating with an artist or ensemble of significant influence in the field to help identify performers and repertoire for the acoustically superb Barns at Wolf Trap. As vice president of Opera and Classical Programming, she oversees all aspects of Wolf Trap Opera, an artist-centric program whose alumni are singing in every opera house in the nation and in the most prestigious houses in the world.