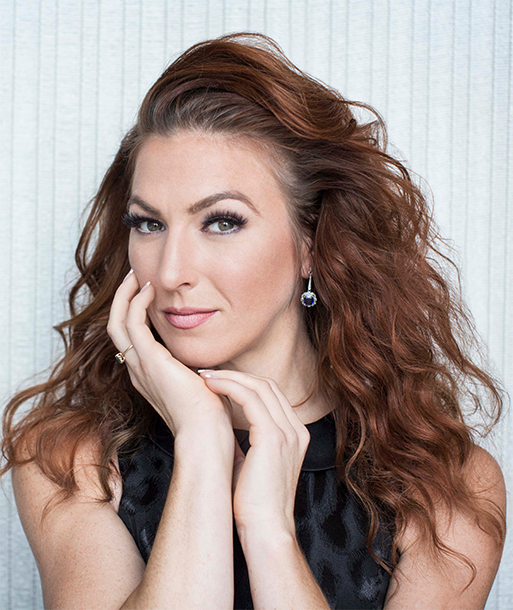 Praised as “beautifully expressive and technically polished” by the San Francisco Chronicle, soprano JENNIFER CHEREST is an accomplished singing actress and competition winner. A product of the world-class Merola Opera Program, Jennifer was further honored when selected for a prestigious Adler Fellowship, allowing her to participate with the San Francisco Opera in 2013. That same year, she placed third in the Metropolitan Opera National Council – Regional Competition, winning first place the following year when she went on to the Met’s national semi-finals, singing on the Met Opera stage. She also took top honors in the Licia Albanese International Vocal Competition, The Boulder International Competition, and was the first- place winner of Partners for the Arts Competition in 2014. Jennifer has sung with Washington National Opera, Cincinnati Opera, the Aspen Music Festival, OperaDelaware, Dayton Opera, and North Carolina Opera.

Recently, she appeared with the multi Grammy Award winning Atlanta Symphony Orchestra. Roles performed include the title role in La Finta Giardiniera, “Susanna” (Le Nozze di Figaro) – the lovable character she first debuted in Italy, “Zerlina” (Don Giovanni), and “Gilda” (Rigoletto). Equally at home in crossover works and musical theatre, future performances include a return to Cincinnati Opera in the 2020 summer, to sing the “High Priestess” (Aida), and the “Mother” in a world premiere production of a new opera, Fierce, that is already sold out.