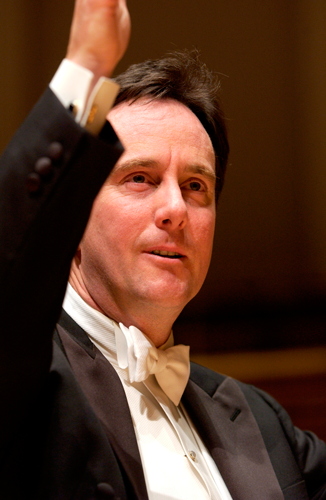 Ryan Brown is the founder, conductor, and artistic director of Opera Lafayette.  Through his work with Opera Lafayette, Mr. Brown has gained an international reputation for his interpretations of French opera and, in particular, for his role in the revival of works from the 18th century.  These performances have highlighted the various traditions of tragédie lyrique, opéra-ballet, opéra-comique, pastorale, and dramma-giocoso.  Mr. Brown’s performance repertoire and his discography for Naxos include masterpieces by well-known 18th-century composers (Gluck and Rameau) as well as rediscoveries of their contemporaries (Sacchini, Rebel, and Francœur), works that exemplify traditions established in the 17th century (Lully and Charpentier), and those that point the way toward the music of the 19th century (Monsigny and Grétry).  His interpretations of Italian works by Mozart, Haydn, Paisiello, and Cimarosa have also met with great acclaim.  Mr. Brown was raised in a musical family in California and performed extensively as a violinist and chamber musician before turning his attention to conducting.  In 2012, he made his debut with the Seattle Symphony and at the Opéra Royal in Versailles, leading Opera Lafayette in its international debut.   In May 2012, Mr. Brown received La Médaille d’Or du Rayonnement Culturel from La Renaissance Française.