Presented by the Bulgarian Music Society and performing at the Bulgarian Embassy, two of the prizewinners and one of the finalists of PARTNERS for the Arts’ Vocal Awards Competition were the stars.  And they shone! 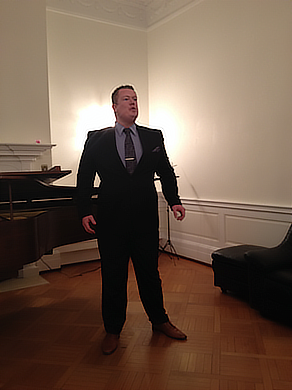 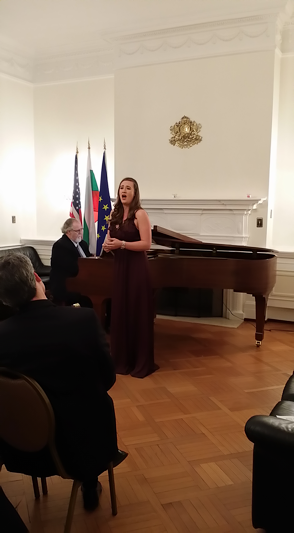 He was followed by finalist Merideth Marano, soprano, with a spirited rendition of “Sempre libera” from La Traviata.  Then came Joshua again, singing a wistful “Kuda, kuda” from Eugene Onegin.

First-place winner Norman Garrett, bass baritone, entranced us with a lyrical rendition of “Oh du mein holder Abendstern” from Tannhäuser.  The fifth selection was Joshua’s amusing execution of “Another reason why I don’t keep a gun in the house” by Tom Cipullo. 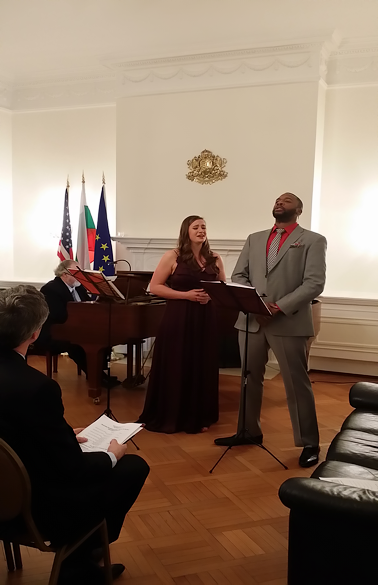 The concert concluded with a dramatic reading by Merideth and Norman of the duet “Udiste?…Mira, di acerbe lagrime” from Il Trovatore. 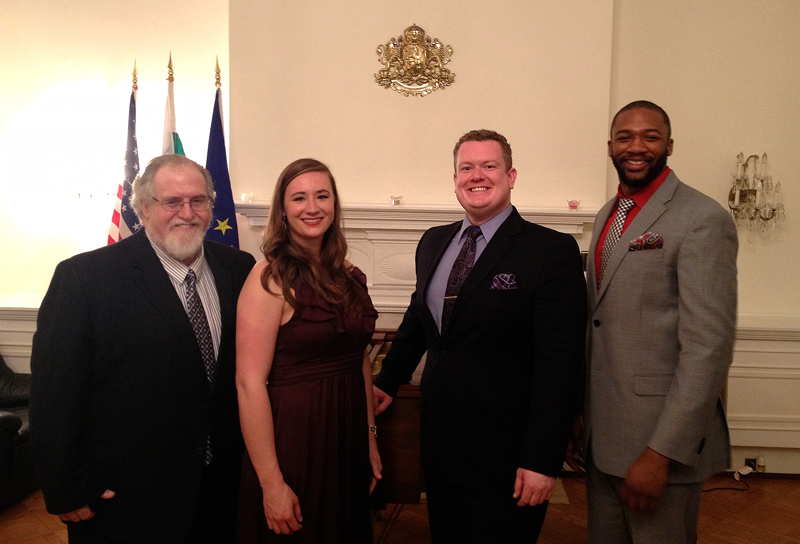 Dr. Frank Conlon, who has accompanied the performers in all of PARTNERS’ events to date, was the pianist.

The audience gave our three stars a standing ovation and complimented them most enthusiastically at the reception afterwards. 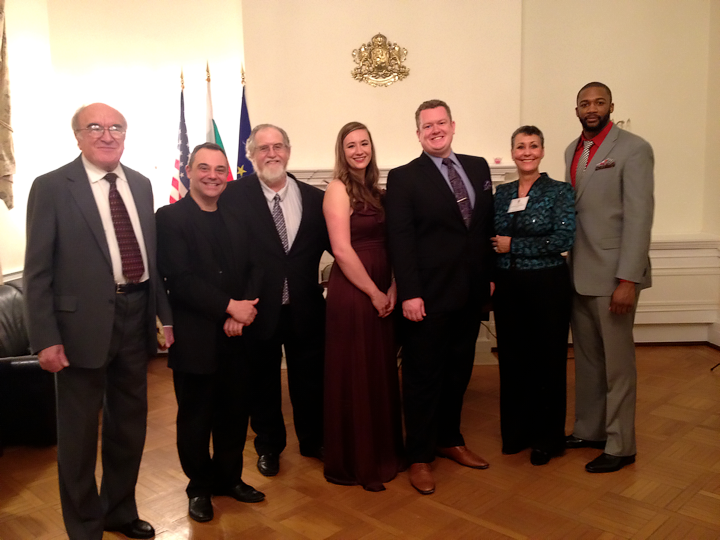 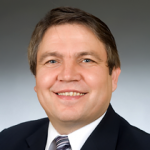 This concert took place on March 28.  We are most grateful to the Bulgarian Music Society for inviting our winners to make their first appearance together since our competition last fall.  We look forward to a long and fruitful association with the society and extend our warmest thanks to Dr. Ivo Kaltchev, its artistic director, and Dr. Assen Assenov, its executive director, for organizing this concert and for their hospitality. 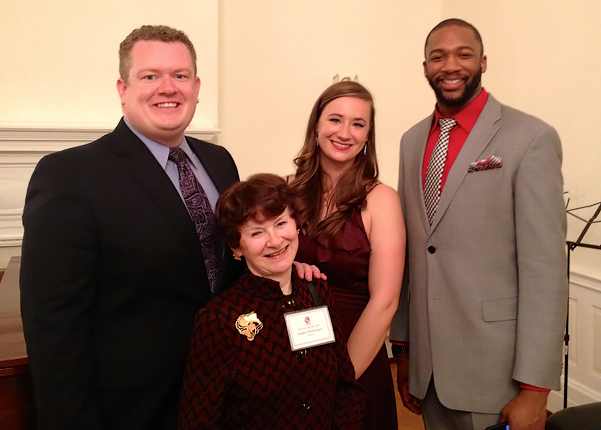 PARTNERS’ members and their guests will hear our prizewinners at a special musicale to be announced shortly.