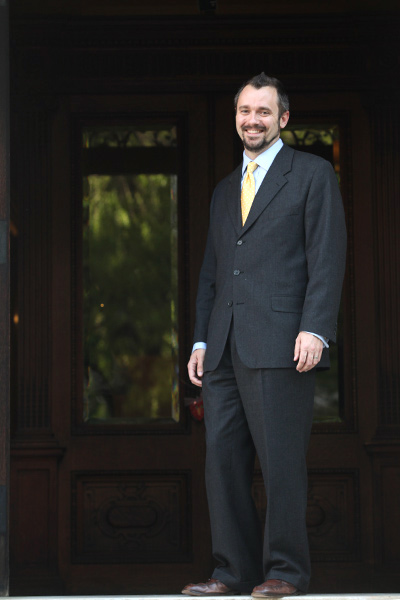 Mr. Cooke joined OperaDelaware, from Baltimore Concert Opera, which he founded and served as general director since 2009. In addition to his entrepreneurial skills, he brings to OperaDelaware extensive experience in front- and back-office operations, fund-raising, facilitation of corporate and community partnerships, education, sales, and marketing.  For OperaDelaware, which has a budget of approximately $1 million, Mr. Cooke oversees as many as 250 performers and artists.  He holds a master of music degree from Peabody Conservatory, where he was a student of the renowned bass-baritone John Shirley-Quirk.

Mr. Cooke has sung over 30 operatic roles, ranging from Bottom in Britten’s A Midsummer Night’s Dream to the title role in Mozart’s Le Nozze di Figaro, Colline in La Bohème, and Don Basilio in Il Barbiere di Siviglia, to name a few.  In the mid-Atlantic region, he has performed numerous roles with Baltimore Opera (Crespel in Les Contes d’Hoffmann, Alessio in La Sonnambula, and Dancairo in Carmen) as well as with Opera Vivente, Opera AACC, the Young Victorian Theatre, and, most recently, with the Baltimore Symphony Orchestra as bass soloist in Stravinsky’s Pulcinella under the baton of Marin Alsop.  Mr. Cooke has performed with opera companies and orchestras throughout the United States, among them Sarasota Opera, Chautauqua Opera, Opera North, Center City Opera, Opera Southwest, Portland Opera Repertory Theater, New Orleans Opera, the Louisiana Philharmonic, and the Connecticut Master Chorale.

On May 10, members of PARTNERS are planning a trip to attend OPERADELAWARE’s Macbeth.  If you would like to join us, please contact Leilane Grimaldi Mehler at partners4thearts@aol.com