What are our winners doing in 2020? Congratulations to all! We are proud of you.

Bass Tim Bruno debuting at Palm Beach Opera as Don Basilio in Rossini’s Il barbiere di Siviglia. In July Tim will return to Glimmerglass Festival performing the role Gernot in Wagner’s Die Feen and the role of the Commendatore in Don Giovanni. 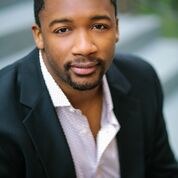 Baritone Norman Garrett will return to Washington National Opera as Masetto in Mozart’s Don Giovanni, as well as Jake in Gershwin’s Porgy and Bess. He will also make his Metropolitan Opera debut, singing Jim in Porgy and Bess.

Baritone Johnathan McCullough will be singing at Carnegie Hall song Studio with Renée Fleming and making his debut at English National Opera as count Almaviva in Mozart’s Marriage of Figaro. In July, Johnathan adds a new role to his repertoire Faber in Tippett’s The Knot Garden with Bayerische Staatsoper.

Bass-baritone Christian Pursell’s 2019/20 highlights include his role debut as Escamillo in Carmen at Opera Theatre of Saint Louis, Handel’s Messiah with the Mormon Tabernacle Choir, and a return to San Francisco Opera as Lieutenant Ratcliffe in Billy Budd.

Mezzo-soprano Olivia Vote will be singing Cherubino in Mozart’s Le nozze di Figaro at Hawaii Opera Theater and covering Charlotte in Massenett’s Werther with The Metropolitan Opera. Olivia will be singing in April with our partner Baltimore Concert Opera the role Ottavia/La Virtù, reigning Empress/Virtue in Monteverdi’s L’Incoronazione di Poppea.

Soprano Ariana Wehr will be singing at Washington National Opera the premiere of Jeanine Tesori and Tazewell Thompson’s new contemporary opera Blue. Ariana will debut with Boston Lyric Opera in their production of Champion in 2020-21. 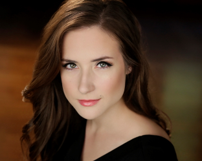 Alexandra Nowakowski will be in a solo recital in April with the Embassy Series at the residence of the Polish Ambassador. Alexandra will also be performing with Wolf Trap Opera in May in Steven Blier Concert Te Adoro: Latin Theater Songs” and  in July  Hilde Mack, Elegy for Young Lovers. 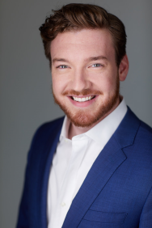 Baritone Tim Murray will be covering the roles of Steve Jobs in Bates: The (R)evolution of Steve Jobs  and Ormonte in Händle’s Partenope both with San Francisco Opera.

Soprano Leah Brzyski will be a young artist at Santa Fe Opera this summer where she covers Queen of the Night.  Leah will make her international debut as a soloist in the Beijing Modern Music Festival and will return to Bel Cantanti Opera in the leading role of the world premiere of the opera Briscula the Magician by composer Frances Pollock and librettist Bob Misbin.

Visit our partners' web sites for more information on their Season Productions!
Click on their logos in the left column of this page.